Chess Beijing traveled to the Italian Embassy this Saturday in order to participate in the first ever Spring Chess Festival.

Over 40 players showed up to the event, which was organized by Davide Giglio, Deputy Head of Mission at the Italian Embassy with the support of the Beijing Veteran Chess Players Association. 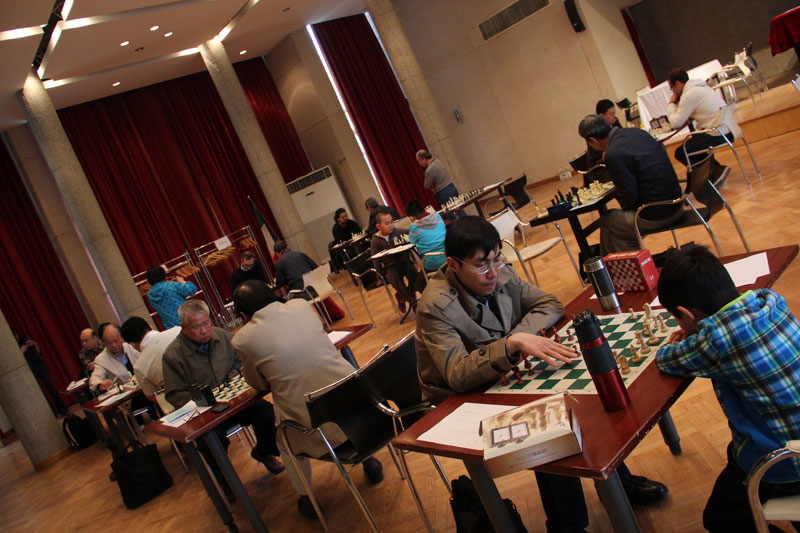 The event began at 9:30 in the morning, when an eclectic mix of Italian, Chinese, American, German and Russian players walked through the embassy gates to square off against each other across the board. Each player was allocated 50 minutes on the clock, and the embassy provided some of Italy’s finest espresso for the event, giving each player the time and caffeine necessary to find their best moves.

With the morning games concluded and the arrival of the afternoon, lunch was provided by the embassy, which, of course, consisted of Italy’s finest cuisine. Italian focaccia, salmon paninis with arugula, and a Neapolitan ragu pasta were served with an exquisite red wine imported from Naples, which was then followed by tiramisu for desert.

The players took the time to mix and mingle over lunch before returning to the chess boards, where they sat down for several rounds of rapid chess and blitz games.

“The event was a great opportunity to sit down with some of Beijing’s most talented players, who proved to come from all walks of life; we had players under ten years old facing opponents over 65. Expats and Chinese alike were all represented.” said Katun Luc, founder of Chess Beijing.

The event concluded in the late afternoon with a round table discussion between Luc, Giglio, and International Master Li Wenliang, China’s Deputy National Team Manager. 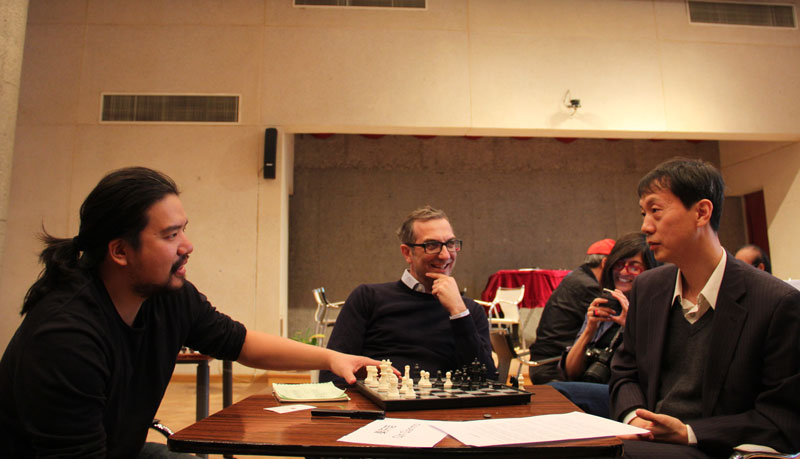 As others looked on, the three men took the time to discuss opening theory, endgame strategies, the psychological aspects of the game, the current state of chess in China (including the government’s role in promoting chess in schools), and the relationship between Chinese chess and international chess.

With the event having finally reached its conclusion, the players left the embassy compound having spent their day playing chess and building new friendships.

“The event proved that chess, like music, is a language capable of bringing together people of incredibly diverse backgrounds; it proved that chess players are indeed ‘Gens una sumus’ – one people” said Giglio.

Be sure to check http://chessbeijing.com/events/ for future event announcements, or send an email to email@chessbeijing.com to join our monthly newsletter.

Article and photos by Victor Vitkov