The 2nd Chess Beijing Tournament took place on November 23rd, 2014. In total 8 players competed in two groups against each other. The matches started at 9:30 am. Around noon, the player gathered for a fine french cuisine lunch and shared their thoughts on chess and, of course, non-chess related topics.
Afterwards, the final stage took place. Ms. Wang Yi and Wael played for the first prize. After an intense and exciting fight, 17 year old Wael (see picture below) won the 2nd Chess Beijing Tournament. 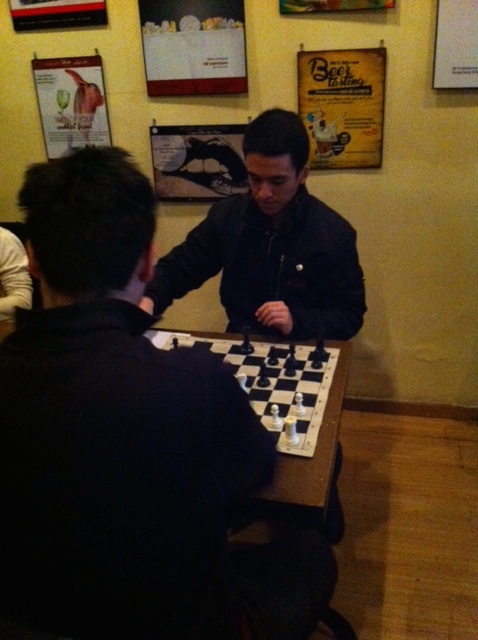 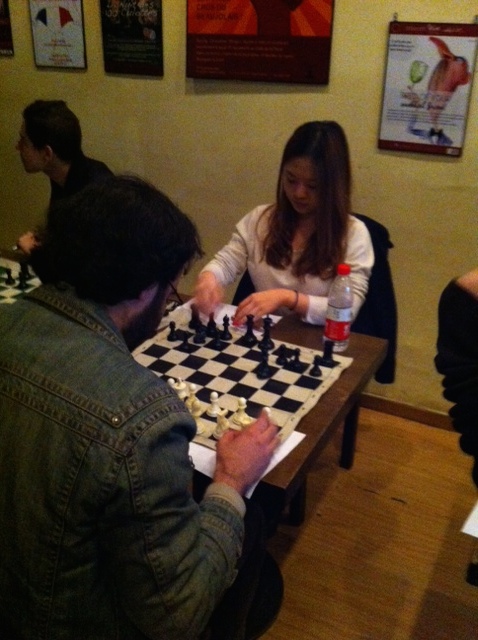 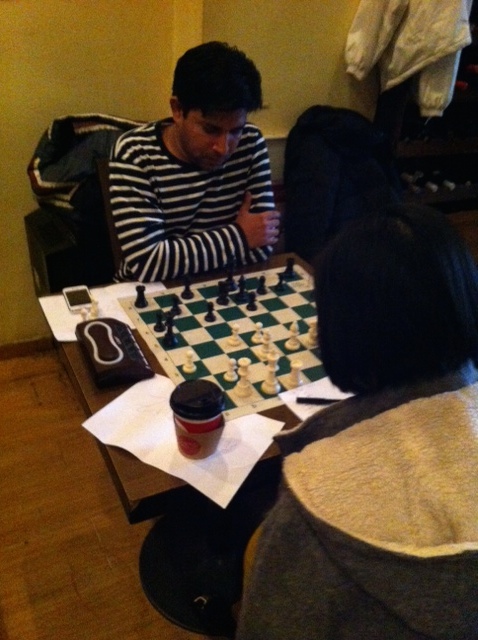 The other participants were Scott, Zhou Jing, Victor, Mustapha, and Lyndon.

In the afternoon, many other players came to join the open games. Around 6pm, the concentration faded and some players were happy to get a drink a the bar. In the end, it was a great chess day! Thank you for all supporters, special thanks go to Johan and the Cafe de La Poste team.